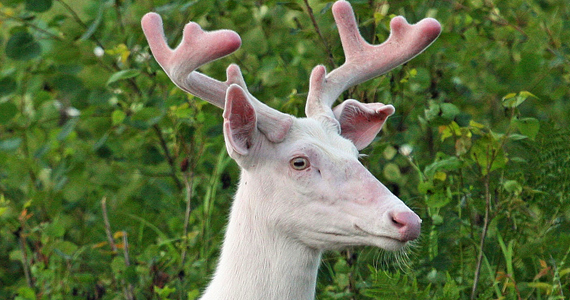 Mike Crowley is one of the exceptional Northwoods photographers whose beautiful images grace many of the pages of this website.

In 1998, Mike and his wife retired and moved to Northern Wisconsin and were lucky enough to find a home near a state forest with lots of private land. When he first moved there, Mike would only encounter a couple of albino deer every now and then. Nowadays (thanks in part to the food plot he built to attract the deer), there are 4 albino deer living on his land, plus another 25 or so who live within 2 or 3 miles.

This close proximity to “one of God’s most beautiful animals” gives Mike ample opportunity to observe and photograph albino deer in their natural habitat. He’s even named many of them and documented their experiences. What follows are excerpts of his encounters with “Broken Ear” the Albino Deer (look closely at one of his ears): 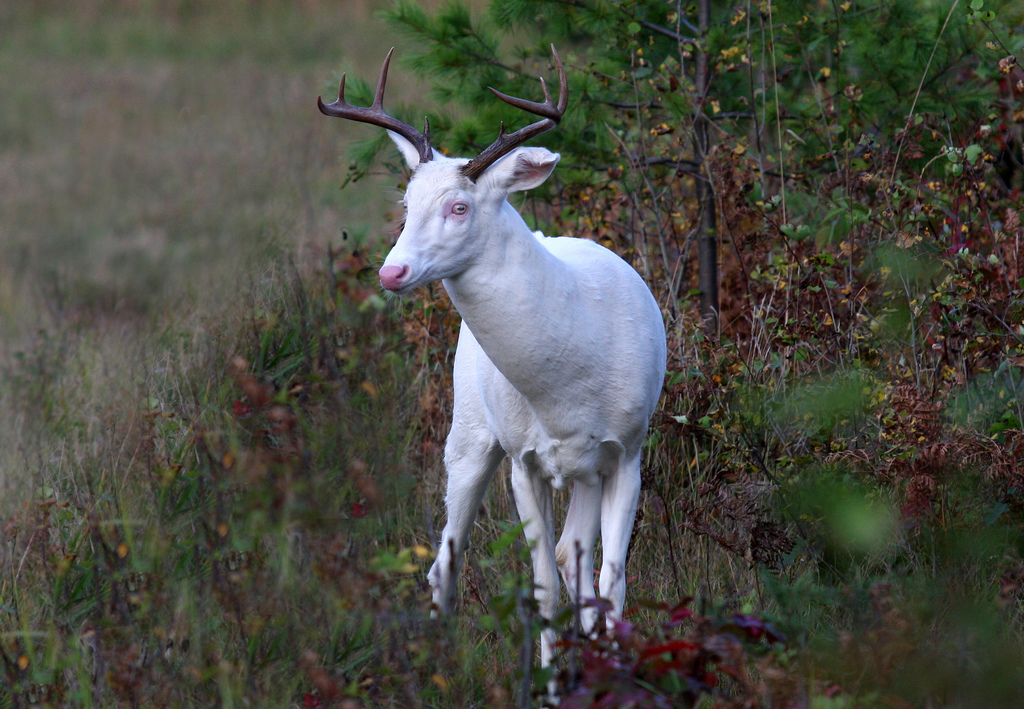 “He’s back again. To see him walking down the deer trail towards me was a unforgettable sight. It has been 2 weeks since I last saw him. I think the reason he is back is there are a lot of does (female deer) hanging around the food plot and he is checking them out for the upcoming breeding season.” 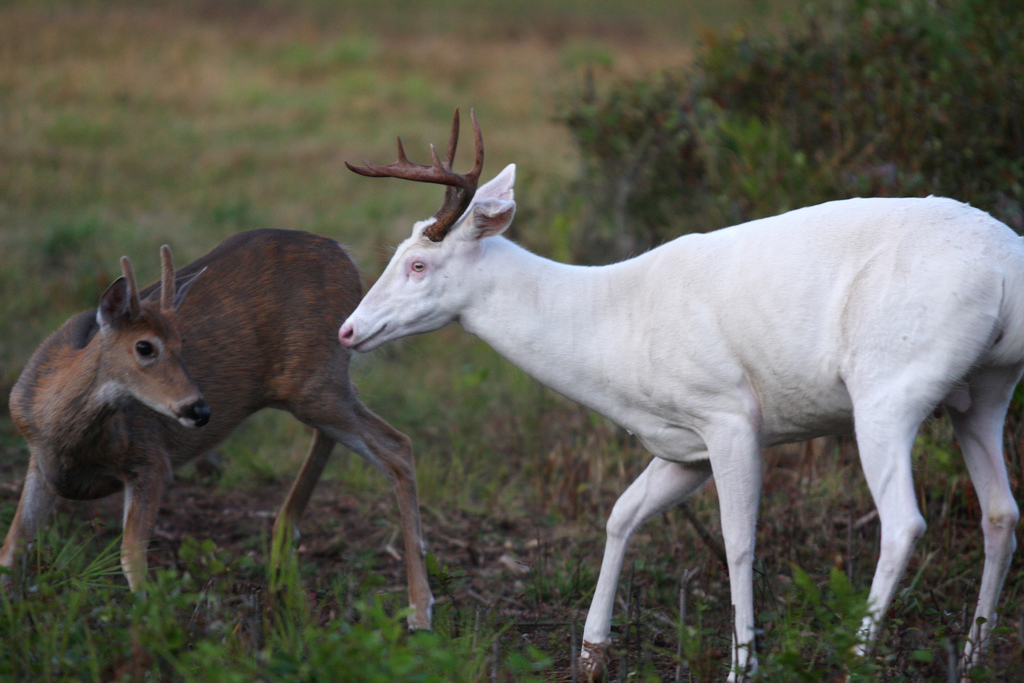 “This little spike buck was starting to get on Broken Ear’s nerves,so Broken Ear took 2 steps at the fork buck and it ran off. The Albino buck out weights him by about 75 lbs.”

From A Jack To A King 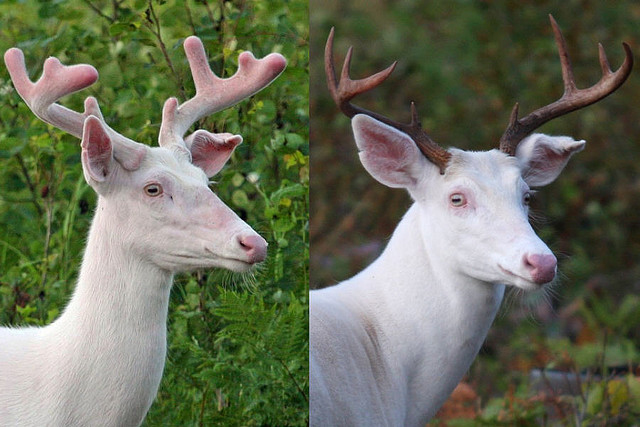 “I put 2 pictures side by side to show the change in Broken Ear when his antlers were covered in velvet in mid July and when his antlers are at full growth in late September. You can also see how much bigger his neck is.”