You are here: Home / Archives for Birds 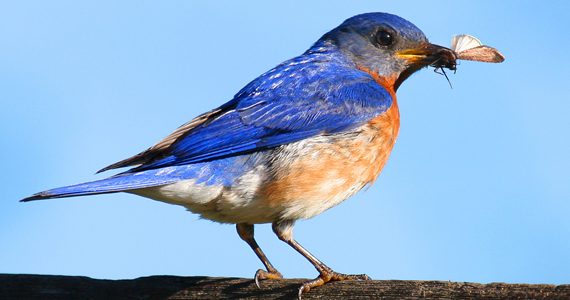 Even in the coldest reaches of northern Wisconsin, it’s not too early for some of the hardier birds to return to their summer breeding grounds. Among the first to fly north are the ducks and geese (do you hear them honking?), and the red-winged blackbirds. If you live within earshot of a marshy area, you’ll hear them staking their territorial claims. That’s them calling “conk-kar-ree”!

Some of the year-round residents are starting to sing again, too. The mourning dove has a melancholy song that sounds almost owl-like. Do you like the sound?

As certain birds prepare to choose mates and raise families, their behavior changes, as does their name, in some cases. The chickadee, well known for its “chicka-dee-dee-dee,” adds a whistled “fee-bee” (not to be confused with the phoebe’s “fee-bee” which is more abrupt and repeated over and over). Did you know that it’s the male that does all the singing? They have the most to say. Their songs, after all, are meant first to keep other males away from their territory, and later to attract females to it.