You are here: Home / Archives for Kids 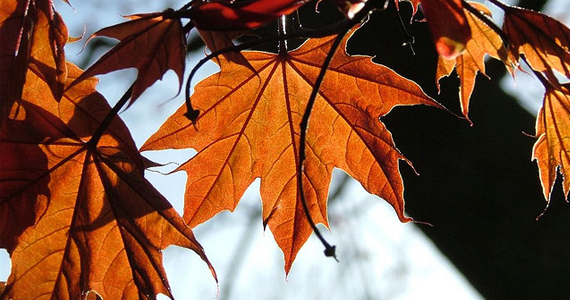 And regal you shall feel, sporting a crown made from the richly colored leaves of the maple tree!

You don’t have to use maple leaves, of course. Any pretty, flat leaves will do. What kinds can you find?

Make a long chain of leaves by piercing the stem of one leaf into another. Pull the stem through as far as it will go. (The knobby ends of the stems will help keep them from pulling out of the slits in the leaves). The next one you add to the chain will hide the stem. Continue in this way until you have enough to go around your head. Make a circle by poking the last stem into the very first leaf you used.

How is that, your majesty? 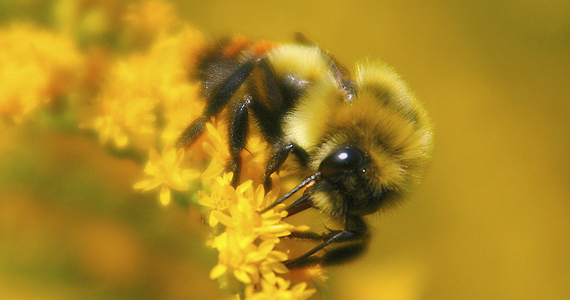 In the autumn, you might come across some solitary bees and wasps flying around. Maybe a lone bald-faced hornet, or a yellowjacket. Or even a fuzzy bumblebee. These are the queen bees and wasps, the only members of their colonies to live through the winter. While you are watching, the queens are searching for a place to hibernate. Can you find where they finally settle?

What has happened to all the other bees and wasps? The details vary somewhat from species to species, but generally the female workers and the male drones all die in the fall. (The drones first mate with the queens). The following spring, the queens will come out of hibernation and look for a place to lay the eggs that will become the next generation of workers and drones.

Honeybees are the only bees that remain active year-round. Their winter habits are somewhat different.

Watch your step during and after a spring or summer rain, because the ground is often liberally sprinkled with earthworms. You’ve heard about it “raining cats and dogs”? Well, some people wonder if it doesn’t “rain earthworms!” Why else would they be lying all about?

A heavy rain will often flood the earthworms’ burrows. The worms risk drowning if they don’t come to the surface. There are plenty of dangers there, however. Sunlight is harmful to earthworms, and of course there are robins! These and other worm-eating birds have a field day after a rain. (And so do anglers, who collect worms both after a rain and at night when the worms crawl out of their burrows in search of the plant material they eat).

With a simple set-up you can observe earthworms in your home. Make your own wormery from two panes of glass (or rigid plastic) and some 1″ wide wood strips. Glue or screw the panes to the wood, and fill the wormery with layers of various soils, such as garden soil, peat, and fine sand. Water the soils thoroughly, and add a dozen or so worms that you have dug from the garden. Take care to shield them from the light. Scatter the worms on the soil’s surface, and cover them with some dead leaves or grass clippings. Cover the entire wormery with a lightproof cloth.

Check the worms now and gain (sprinkling some water on the surface occasionally) to see how their tunnels are progressing. can you see how the layers of soil have shifted? Look for the mounds of rippled soil on the surface. Earthworms burrow underground by eating the soil and eliminating it, resulting in these mounds, known as casts.

When you are done watching the worms, return them and the soil to the garden. There they can continue to work the magic which gives them their nickname: “Gardeners’ best friend.” 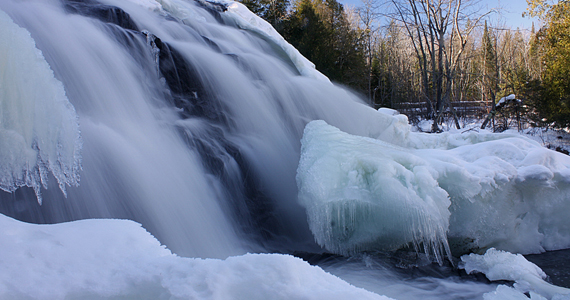 Icicles are awe-inspiring creations, formed when water freezes as it’s dripping. You can find icicles cascading over rocky outcrops, hanging from tree branches, and along most rooflines. The heat from buildings and the warmth from the sun are enough to melt snow that may have clung to the roofs, but the air temperature is cold enough to refreeze the water quickly as it drips.

If you look closely at trees after a winter storm, you may notice small icicles hanging from the ends of branches that were broken by the strong winds. If these trees are in the maple family, you should venture out when the storm is over to sample one of these icicles. The icicles are actually frozen sap that has dripped from the broken branches. They are delicious, and some compensation for any damage done to your trees.

Make Your Own Icicles

Make your own icicles! All you need is a container you can puncture a very small hole in (make sure you’ll be able to hang it, too), and some water.

Poke a hole in the bottom of the container, just big enough to allow the water to drip out very slowly. The success of this experiment depends greatly on the freeze/thaw cycle, so don’t be disappointed if your man-made attempts don’t work at first. Try changing the size of the hole, or hang the container in another location, to speed up or slow down the process as you see fit.