You are here: Home / Loons / Loon Facts or Fiction? An Update from Dr.Piper 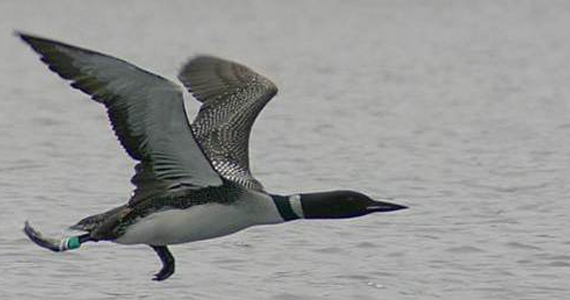 Since 1993, he and several colleagues have led The Loon Project, an in-depth study of loon territorial behavior in Oneida County, Wisconsin. During the late spring and summer months, you can find Dr. Piper on many of our lakes, banding, studying and analyzing data to better understand our “Great Northern Divers”.

We recently had the chance to catch up with Dr. Piper, who is also a professor of biology at Chapman University, in Orange, California. What follows is a 5 part interview series where Dr. Piper explains his research and shares insights into some fascinating findings about loon behavior.

NorthernWisconsin.com:  Can you tell us a little bit about yourself, The Loon Project and how you got involved with it?

Dr. Piper:  I have been interested in birds all my life. I grew up a birdwatcher in Cleveland, where my mom nurtured my interest and took me on lots of local birding outings. I have always been good at science, so it was fortunate that I have come to do research on birds. Now I am able to spend many hours outdoors collecting data on birds and then to return home to analyze their behavior quantitatively.

It was long ago when I started the Loon Project. In the summer of 1992, I was a postdoc at Indiana University studying dominance interactions among broods of white-throated sparrows in the Upper Peninsula. As it happened, I was staying at the Whitefish Point Bird Observatory run by Dave Evers. Dave had recently begun to capture and mark loons in Michigan, Minnesota and Wisconsin with colored leg bands. In the course of his work, he noticed that some of the birds he banded were being evicted from their territories by unbanded birds. To him, this was a nuisance, because it meant that he needed to go back and mark the new unbanded owners. To someone like me, interested in aggression and dominance, this was exciting; it meant that loons showed a form of territory acquisition that was not well documented in animals.

I immediately urged Dave to pursue these findings with a detailed behavioral study. When Dave informed me that he could not do so, but was happy to support my efforts, I began my investigation of territory acquisition… in 1993. Since the tightest cluster of loons that Dave and his team had banded was in central Oneida County, Wisconsin, that was where I began my work. Those 8 lakes became the nucleus of what has become a study area containing roughly 100 lakes each year.

Part 1: Loons Facts or Fiction? An Update From Dr. Piper
Part 2: Do Loons Mate for Life?
Part 3: Male Loons Fight to the Death
Part 4: Loon Banding & How We Track Them
Part 5: Favorite Memories